For the first time ever, Michigan’s new congressional and legislative district maps have been drawn by non-politicians: the Independent Citizens Redistricting Commission, created by the 2018 ballot proposal 2. What does it mean for Michigan’s political balance of power? And will the maps survive inevitable court challenges? 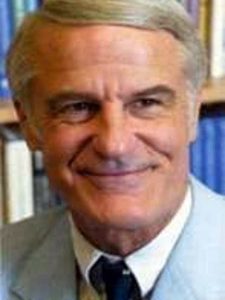 Mark Brewer and Jeff Timmer are both experts on partisan redistricting from previous battles. They are joined by longtime Lansing political columnist Bill Ballenger to analyze what’s happened.

Ballenger is a former state Representative and state Senator. For more than 40 years he’s been one of the state’s most respected commentators on the Michigan political scene. He founded the insiders’ newsletter Inside Michigan Politics, and later started his Ballenger Report Blog and weekly podcast.

Here are the final maps approved by the Michigan Independent Citizens Redistricting Commission on December 28th:

The Michigan Supreme Court tells the Independent Citizens Redistricting Commission that its closed-door meeting violated the state constitution. However, the newly released memos from that meeting were a big nothing-burger, raising questions of why the Commission created the controversy in the first place.

Joining the conversation is one of the state’s top political writers, Kyle Melinn of the Michigan Information & Research Service (MIRS). The MIRS daily newsletter is a must-read for everyone involved in state public policy. Melinn is news editor of the MIRS report. He also hosts the weekly MIRS Monday Podcast, a bipartisan review of the top political and policy stories in the state. He is a graduate of Michigan State University, beginning his journalism career at a daily newspaper in Dalton Georgia before joining MIRS in 2001…making him a 20-year veteran of the state’s political wars. 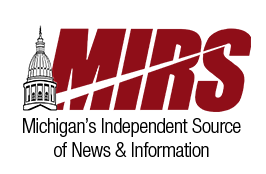 Two GOP heavyweights face off: Michigan Right to Life endorses one candidate for Attorney General, former President Trump has endorsed another. Who will prevail?
Also on the docket this week: the Trump plan to overthrown the election and stage what amounts to a coup to stay in power. The revelations from the House Committee on January 6 are just the beginning, with public hearings in early 2022 promising to be must-see TV.

Joining the discussion in our second segment this week is one of the nation’s best investigative journalists, Judd Legum. 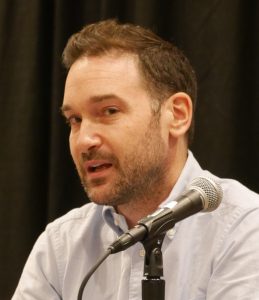 A native of Maryland, Judd earned a B.A. in Public Policy analysis from Pomona College and a Juris Doctor from Georgetown University Law Center in 2003.

Legum founded ThinkProgress in 2005, running it for two years before leaving in 2007 to join Hillary Clinton’s presidential campaign as research director. Following the 2008 campaign, he practiced law in Maryland before returning to ThinkProgress in 2011, and became the site’s editor-in-chief in 2012.  Under his supervision, the site grew up to a 40-person newsroom that earned 10 million unique visitors a month.

In 2018, Judd announced he was leaving ThinkProgress to develop an independent newsletter, published through Substack. Legum’s newsletter, Popular Information, is Substack’s first politically-focused publication. It launched July 23, 2018. Popular Information has become a go-to newsletter, maintaining an American tradition of journalistic muckraking dating back to pre-Revolutionary War pamphlets of Thomas Paine.

A coalition of the state’s leading newspapers sue Michigan’s Independent Redistricting Commission for what the newspaper say were unconstitutional closed sessions, signaling the beginning of a long season of legal battles for the Citizens’ Commission. Mark and Jeff also analyze Governor Whitmer’s break with the Biden administration over vaccine mandates, and discuss the politics that are being driven by the tragedy at Oxford High School. 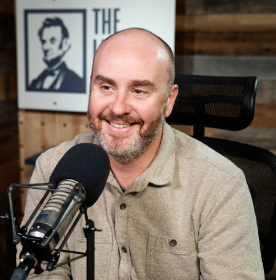 They are then joined by this week’s guest: Reed Galen, co-founder of the Republican insurgency group The Lincoln Project.

Galen is veteran public affairs and political professional with more than 20 years’ experience. He has spent more than a decade advising Fortune 50, 100 and 1000 companies in need of high-level counsel in the fields of strategic communications, procurement, and legislation. He has also managed several high-profile ballot measure campaigns in California, Texas, and Colorado.

Before moving to the private sector, he served as Deputy Campaign Manager for John McCain’s presidential campaign and Deputy Campaign Manager for Arnold Schwarzenegger’s successful 2006 re-election campaign. Galen also worked on both the 2000 and 2004 campaigns of President George W. Bush. Between campaigns, Galen spent a year at the White House and served the Bush Administration at both the U.S. Department of the Treasury and the Department of Homeland Security.

Two of the most emotional issues of the last few decades came to a head this week: gun safety, and abortion rights. Mark and Jeff take a look at the politics in the aftermath of the horrific shooting in Oxford, and the U.S. Supreme Court hearing on Mississippi’s efforts to overturn Roe v. Wade.
They are then joined by one of the people responsible for the petition drive creating the state’s Citizens Independent Redistricting Commission, Walt Sorg. 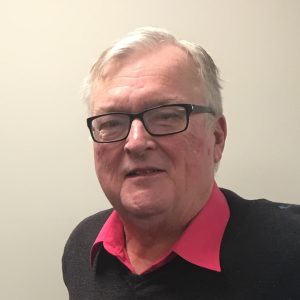 Walt has been a part of state policy discussions for more than a half century, beginning as a teenage radio reporter covering the final weeks of the George Romney presidential campaign way back in 1968. Since then he’s held top-level staff positions in all three branches of Michigan government, including 9 years as press secretary to the Speaker of the House and 3 years as chief spokesman for Governor Jim Blanchard’s economic development program.

Walt began working to end partisan gerrymandering in 2013. Ultimately he became one of the founding board members of Voters Not Politicians, the grassroots group that collected more than 400,000 signatures for the ballot proposal that is now part of the Michigan constitution. He was one of the primary authors of the amendment which was approved by 61% of state voters.

The grassroots effort of Voters Not Politicians to amend Michigan’s constitution was chronicled in the award-winning documentary Slay the Dragon.

(And, for full disclosure, he’s also the producer of this podcast … usually someone operating behind the the scenes, but in front of the microphone this week!)