Jeff Timmer and Mark Brewer take a look at an under-reported effort by state Republicans to bring potential chaos to the 2024 election: stacking local boards of canvassers with “Big Lie” disciples. The end game: instead of voters deciding the outcome, Michigan’s Legislature decides who gets the state’s electoral votes.

They are then joined by outspoken conservative commentator Charlie Sykes, a lifelong Republican who was one of the first never-Trumpers. 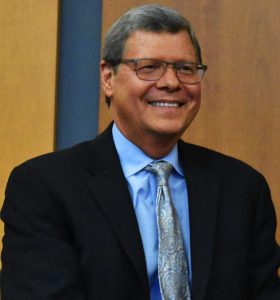 Sykes is founder and editor-in-chief of the website The Bulwark and host of the Bulwark podcast. From 1993 to 2016, Sykes hosted a conservative talk show on WTMJ in Milwaukee. He was also the editor of Right Wisconsin.

Sykes did not support the Donald Trump presidential 2016 bid, campaigning against him and instead choosing to cast a write-in vote for independent conservative candidate Evan McMullin.

(Jeff) In December 2016, Sykes wrote an op-ed for The New York Times suggesting that the conservative movement had lost its way during the 2016 campaign, saying “…as we learned this year, we had succeeded in persuading our audiences to ignore and discount any information from the mainstream media. Over time, we’d succeeded in delegitimizing the media altogether — all the normal guideposts were down, the referees discredited.”