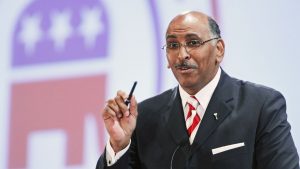 Joining the conversation: former Republican National Committee Chair and Maryland Lt. Governor Michael Steele. Steele is a lifelong conservative who finds himself in pitched battle with those usurpers, thugs, kooks, and cowards who call themselves Republican today. 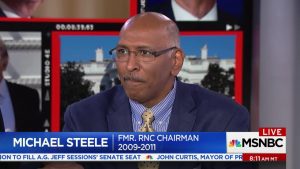 Steele made an unsuccessful run in the 2006 U.S. Senate election in heavily Democratic Maryland, losing to Democrat Ben Cardin. Since 2011, he has contributed as a regular columnist for online magazine The Root and as a political analyst for MSNBC. In 2018, he became a Senior Fellow at Brown University’s Watson Institute for International and Public Affairs. He also hosts “The Michael Steele Podcast”, available wherever you get your podcasts.Michael Steele on Twitter

In 2020, Steele formally endorsed Joe Biden for the presidency, after previously starring in an advertisement aired by The Lincoln Project.