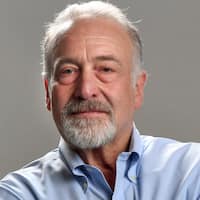 Jeff and Mark Brewer are then joined by Pulitzer Prize-winning journalist Tom Hamburger. He is an investigative reporter on the national desk of The Washington Post who has covered the White House, Congress and regulatory agencies, with a focus on the intersection of money and politics. He joined The Post in early 2012, having worked previously for the Los Angeles Times, the Wall Street Journal, McClatchy Newspapers, The Minneapolis Star Tribune and The Arkansas Gazette.

His writing has received numerous national awards and citations, including the 2018 Pulitzer Prize for national reporting for work with a team of Washington Post reporters for coverage of the Trump campaign’s ties to the Russian government (what Trump calls the “Russia hoax”).

Hamburger has contributed to several books on national politics and policy and was the author, with Peter Wallsten, of the 2006 book “One Party Country,” which described the Republican quest for political dominance on the state and national level during the presidency of George W. Bush.