Mark and Jeff offer their analysis of Tuesday’s elections…not just the Virginia and New Jersey gubernatorial races, but also some of the key local elections in Michigan.

Then, they are joined by one of the few heroes of the Trump White House: former national security staffer Col. Alexander Vindman, and USA Today columnist Rachel Vindman.

The unassuming foreign affairs expert found himself suddenly thrust into the national spotlight after his frank and courageous testimony as a part of the first Trump impeachment, where his declaration that in America “right matters” riveted the nation, and put the Vindman in the crosshairs of the Trump revenge machine. 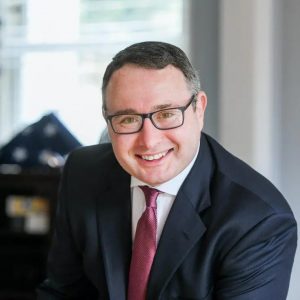 Vindman, a retired U.S. Army Lieutenant Colonel, was most recently the director for Eastern Europe, the Caucasus, and Russia on the White House’s National Security Council. Previously, he served as the Political-Military Affairs Officer for Russia for the Chairman of the Joint Chiefs of Staff and as an attaché at the U.S. Embassy in Moscow, Russia. While on the Joint Staff, he co-authored the National Military Strategy Russia Annex and was the principal author for the Global Campaign for Russia. He is currently a doctoral student and fellow of the Foreign Policy Institute at the Johns Hopkins School of Advanced International Studies (SAIS), Pritzker Military Fellow at the Lawfare Institute, board member for the Renew Democracy Initiative, and the author of the New York Times bestselling memoir, Here, Right Matters. Follow him on Twitter @AVindman and follow Rachel Vindman @natsechobbyist. 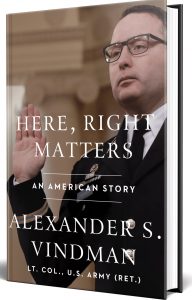