Enactment of the Biden infrastructure plan is a once-in-a-generation investment in America’s economy, but will it translate into political benefits for Democrats? Mark and Jeff discuss the fallout from the bipartisan vote and the bitter recriminations for Republicans who supported the law (including death threats against Rep. Fred Upton of Michigan). 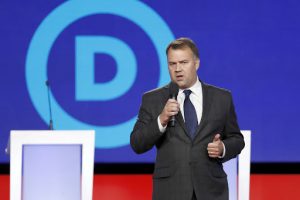 They are then joined by David Pepper, former chair of the Ohio Democratic Party and author of the new book “Laboratories of Autocracy.”

Pepper is a lawyer, writer, political activist, former elected official, and adjunct professor, and served as the Chairman of the Ohio Democratic Party between 2015 and 2021. In that role, he was engaged in numerous fights and extensive litigation over voter suppression and election laws in the Buckeye State. Stemming from that work, David appeared in “All In”—the documentary highlighting Stacey Abrams’ nation-wide fight for voting rights.

His public service includes Cincinnati City Council, and the Hamilton County Commission. He was  the Democratic candidate for Ohio Auditor in 2010 and Ohio Attorney General in 2014. He was elected chair of the Ohio Democratic Party in December 2014.

Pepper has written four novels that bridge real-world politics and fiction—including A Simple Choice (Putnam, forthcoming June 2022). His first novel, The People’s House, earned praise for having “predicted the Russia scandal.” The Wall Street Journal named Pepper “one of the best political-thriller writers on the scene.” 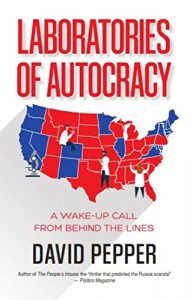 Born and raised in Cincinnati, David is a fifth-generation Cincinnatian. David earned his B.A. magna cum laude from Yale University, where he was Phi Beta Kappa, and later earned his J.D. from Yale Law School. In 1999, David clerked for the Honorable Nathaniel Jones of the United States Court of Appeals for the Sixth Circuit. After 2000, David also worked in the Cincinnati offices of major law firms Squire Sanders and Blank Rome, focusing his practice on commercial and business litigation, and appellate litigation. David also teaches election and voting rights law as an Adjunct Professor at the University of Cincinnati College of Law. 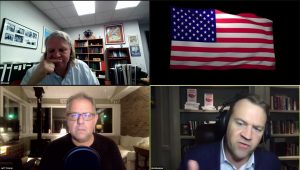