On this week’s podcast:

In Lansing, Democrats are quickly and quietly putting in place their leadership structure as they prepare to take control of both chambers. In Washington, it’s just the opposite for House Republicans who face the prospect of being unable to elect a Speaker of the House.

The upcoming resignation of Michigan Chief Justice Bridget Mary McCormack brings some major changes to the court: a centrist Republican appointee as the new Chief Justice (at least, for awhile) and the first-ever black woman named to McCormack’s unfinished term. 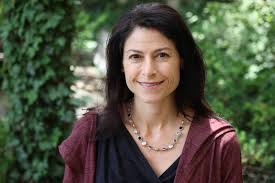 As Attorney General, her visibility rose first when state GOP chairman Ron Weiser referred to her as one of Michigan’s “three witches” (along with Gov. Whitmer and Secretary of State Benson), and achieved national prominence when then-President Donald Trump labeled her a “wacky do-nothing.”

Nessel first achieved legal prominence in 2014 when she successfully argued for the plaintiffs in DeBoer v. Snyder, which challenged Michigan’s ban on the statewide legal recognition of same-sex marriage; the case was eventually combined with others and appealed to the Supreme Court of the United States as Obergefell v. Hodges, which led to the nationwide legal recognition of same-sex marriage. In 2016, she founded Fair Michigan, a nonprofit organization that works to prosecute hate crimes against the LGBT community.