Michigan was back in the spotlight at the January 6 Select Committee hearings, with tales of a possible overnighter in the state Capitol for the GOP slate of phony presidential electors. Republican witnesses confirmed that the multi-state phony elector plot was led by the Trump campaign; Michigan’s 16 fraudulent electors are facing potential state and federal criminal charges.

Also on this week’s agenda: Michigan Republicans double-down on stopping all abortions in Michigan; Texas Republicans give us a preview of our state’s new GOP’s radical policy agenda; and top Michigan Democrats make their pitch for having Michigan come first in the presidential primary calendar. 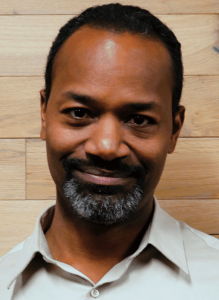 Mark and Jeff are joined by Michigan Advance reporter Ken Coleman. He covers southeast Michigan, economic justice and civil rights … and has some keen insights on the politics of southeast Michigan. He is a former Michigan Chronicle senior editor and served as the American Black Journal segment host on Detroit Public Television. He has written and published four books on black life in Detroit.

Coleman has served as a spokesperson for the Michigan Democratic Party, Detroit Public Schools, U.S. Sen. Gary Peters and U.S. Rep. Brenda Lawrence. Prior to joining the Advance, he worked for the Detroit Federation of Teachers as a communications specialist.