It’s Debate Week in Michigan. Gretchen Whitmer faces off with Tudor Dixon in a one-hour TV event that pits the former talkshow host against Michigan’s first-term Governor.  The debate comes days after a new poll showing what we’ve suspected all along: Whitmer’s reelection lead is strong, but not the double-digit blowout indicated by earlier polls. 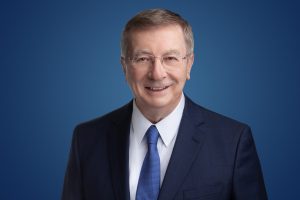 Marlinga brings to the campaign nearly 40 years as the Macomb County Prosecutor and Macomb County Circuit Court and Probate Court Judge. On Feb. 25th, he retired after serving on the bench for 10 years, starting as probate judge in 2013 and then following his election to the 16th Judicial Circuit Court in 2016. From 1985-2004, he was elected and re-elected five times to be Macomb County prosecutor.

(Mark) Marlinga has served as an assistant U.S. Attorney for the Eastern District of Michigan, and a special trial attorney with the U.S. Justice Department’s Organized Crime Strike Force, assigned to the Detroit office.